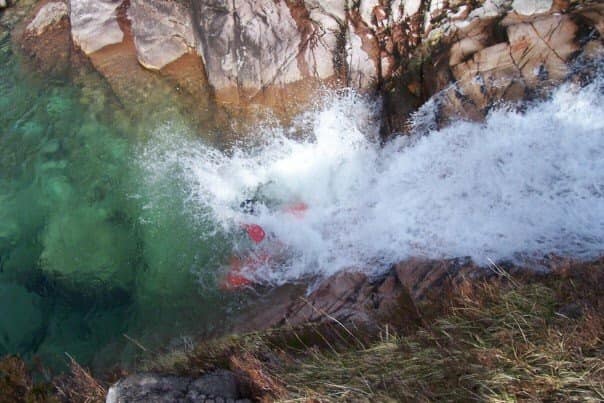 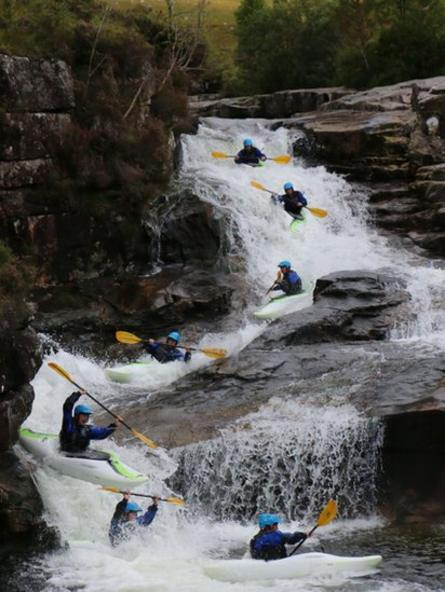 Proposals to moderate the flow of the river ‘on demand’ raise the issue of hazards to the general public.

Mitigation measures have been discussed by the developer and the Scottish Canoe Association (SCA), purportedly to provide increased flow on these three rivers to allow canoeing or canyoning. Similar measures have been suggested in other locales but to our knowledge they have never progressed past the scoping stage.

We believe they are impractical and possibly even dangerous to implement.

The SCA has identified a hypothetical risk scenario, where a group of river users caught in the gorge e.g. with an injury could be trapped by waters that rise more swiftly than to expected of natural flow.

Walkers fording rivers, visitors playing in the pools or exploring the river bed may also be put in increased risk from unexpectedly rising water.

In their report, the Scottish Canoe Association has stated “there is an increased risk to paddlers with the potential for flows to increase rapidly from a low flow to an un-navigable and dangerous flow within hours, or in the case of an emergency shutdown of the turbines a matter of minutes. It is therefore considered that the developer has not considered the impacts this scheme will have on white water kayaking on this river.”